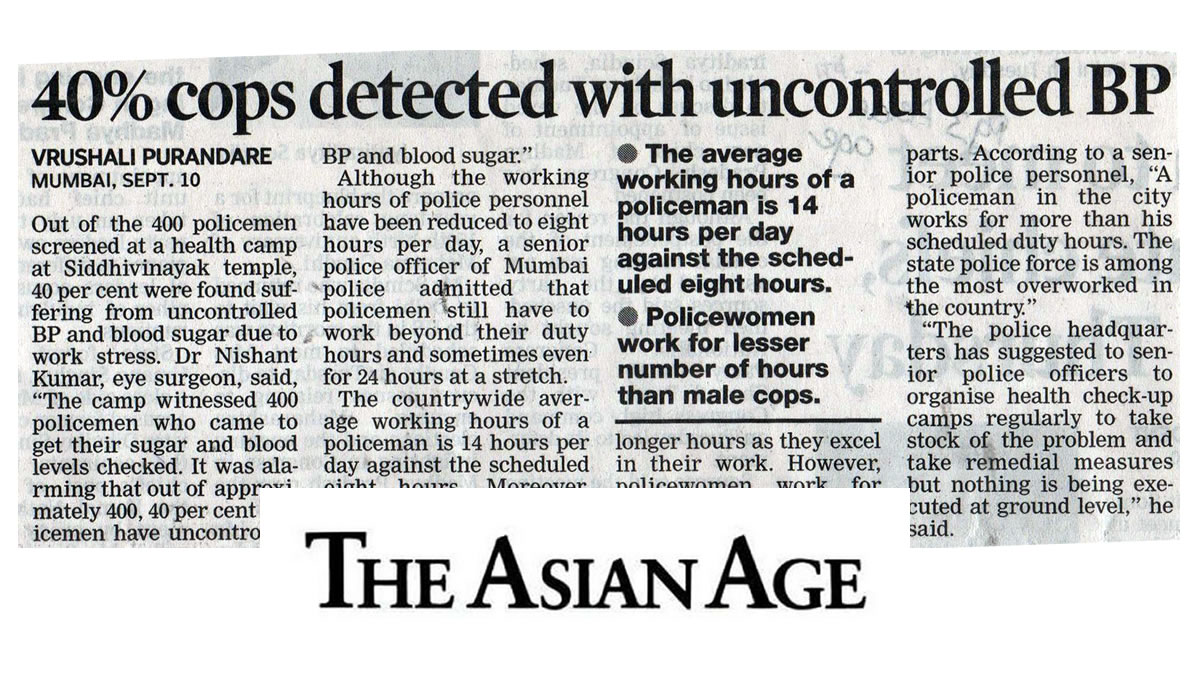 Out of the 400 policemen screened at a health camp at Siddhivinayak temple, 40 per cent were found suffering from uncontrolled BP and blood sugar due to work stress. Dr Nishant Kumar, eye surgeon, said, “The camp witnessed 400 policemen who came to get their sugar and blood levels checked. It was ala-rming that out of approximately 400, 40 per cent pol-icemen have uncontrolled BP and blood sugar.” 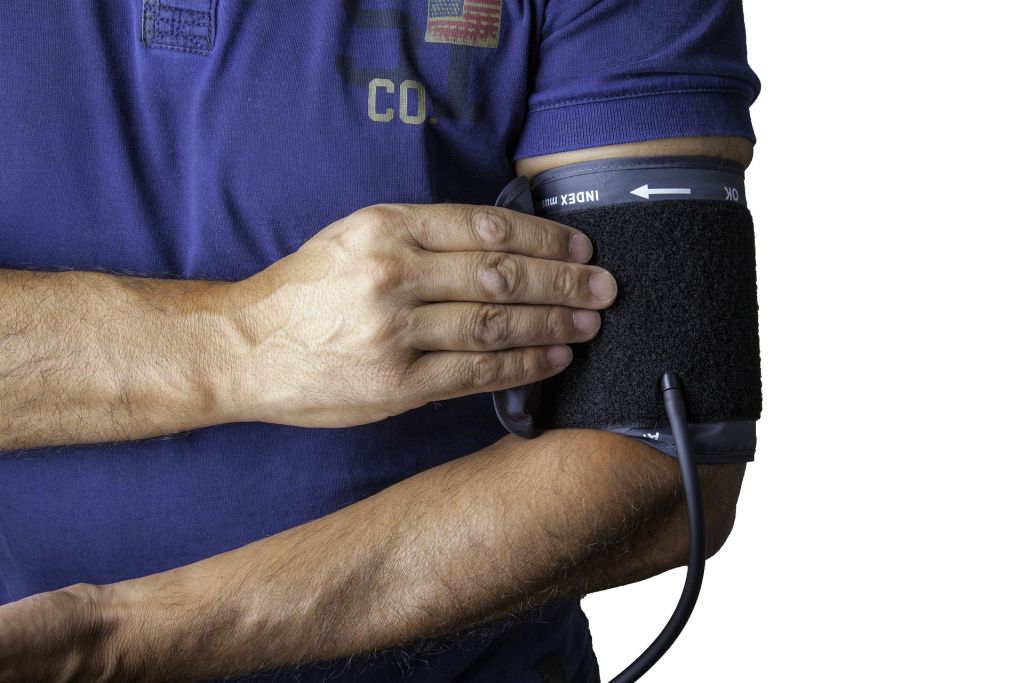 Although the working hours of police personnel have been reduced to eight hours per day, a senior police officer of Mumbai police admitted that policemen still have to work beyond their duty hours and sometimes even for 24 hours at a stretch.

The countrywide average working hours of a policeman is 14 hours per day against the scheduled eight hours. Moreover, experienced policemen have to work for even longer hours as they excel in their work. However, policewomen work for lesser number of hours than their male counterparts. According to a senior police personnel, “A policeman in the city works for more than his scheduled duty hours. The state police force is among the most overworked in the country.”

“The police headquarters has suggested to senior police officers to organise health check-up camps regularly to take stock of the problem and take remedial measures but nothing is being executed at ground level,” he said.