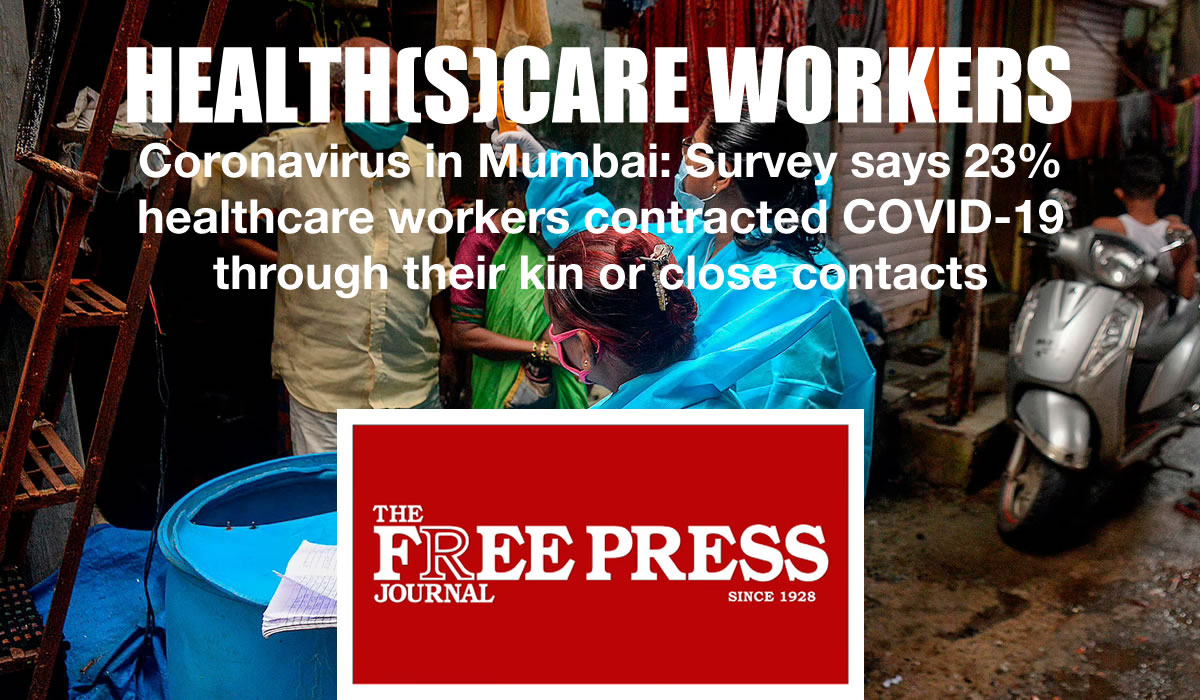 Eight of the 10 people living in a slum in the city are in favour of the state government imposing lockdown for some days due to increasing cases across Maharashtra, reveals a survey conducted by the Eyebetes Foundation. The survey was conducted to understand the views of people living in slums about the ongoing pandemic.

Doctors said they learnt that most of the people in the Cuffe Parade slum are aware of COVID-19 implications and effects following which they received good responses. Moreover, most of them were also in favour of closing mosques, temples and schools to curb cases.

Dr Nishant Kumar, Founder of Eyebetes Foundation and Consultant Eye Surgeon at Hinduja Hospital, said that it is the first survey from the slums of Mumbai ascertaining views and perspectives of the slum dwellers regarding various aspects of a lockdown due to COVID. A majority of those surveyed are low income and poorly educated and either labourers or daily wage earners – the group most affected by a lockdown. 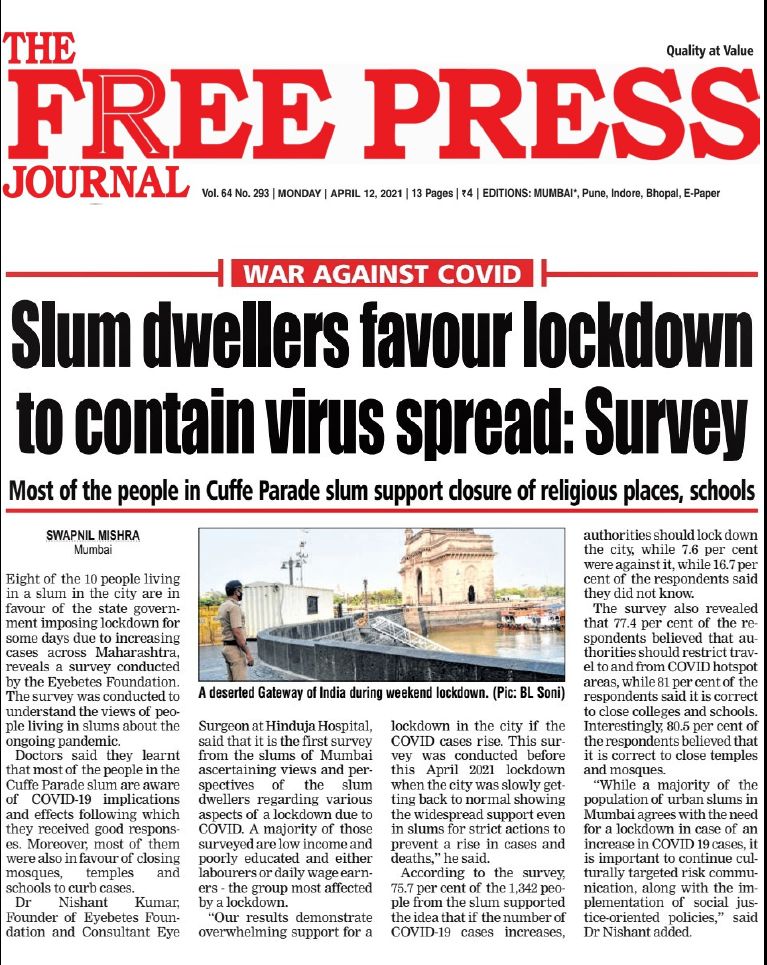 “Our results demonstrate overwhelming support for a lockdown in the city if the COVID cases rise. This survey was conducted before this April 2021 lockdown when the city was slowly getting back to normal showing the widespread support even in slums for strict actions to prevent a rise in cases and deaths,” he said.

According to the survey, 75.7 per cent of the 1,342 people from the slum supported the idea that if the number of COVID-19 cases increases, authorities should lock down the city, while 7.6 per cent were against it, while 16.7 per cent of the respondents said they did not know.

“While a majority of the population of urban slums in Mumbai agrees with the need for a lockdown in case of an increase in the number of COVID 19 cases, it is important to continue culturally targeted risk communication, along with the implementation of social justice-oriented policies,” said Dr Nishant added.

Dr Shibal Bhartiya, collaborator and analyst for the survey, said online surveys usually exclude people from the lower rungs of society but these are the people whose lives are most impacted by COVID and lockdowns. In our survey 53 per cent were female and about 40 per cent were housewives. About 40 per cent of those with no education felt that awareness regarding COVID was not adequate in society.

“For all our questions, those with no education were less likely to support restrictions if COVID cases rise than those who were educated; highlighting the need for more awareness campaigns which reach these people,” she said.