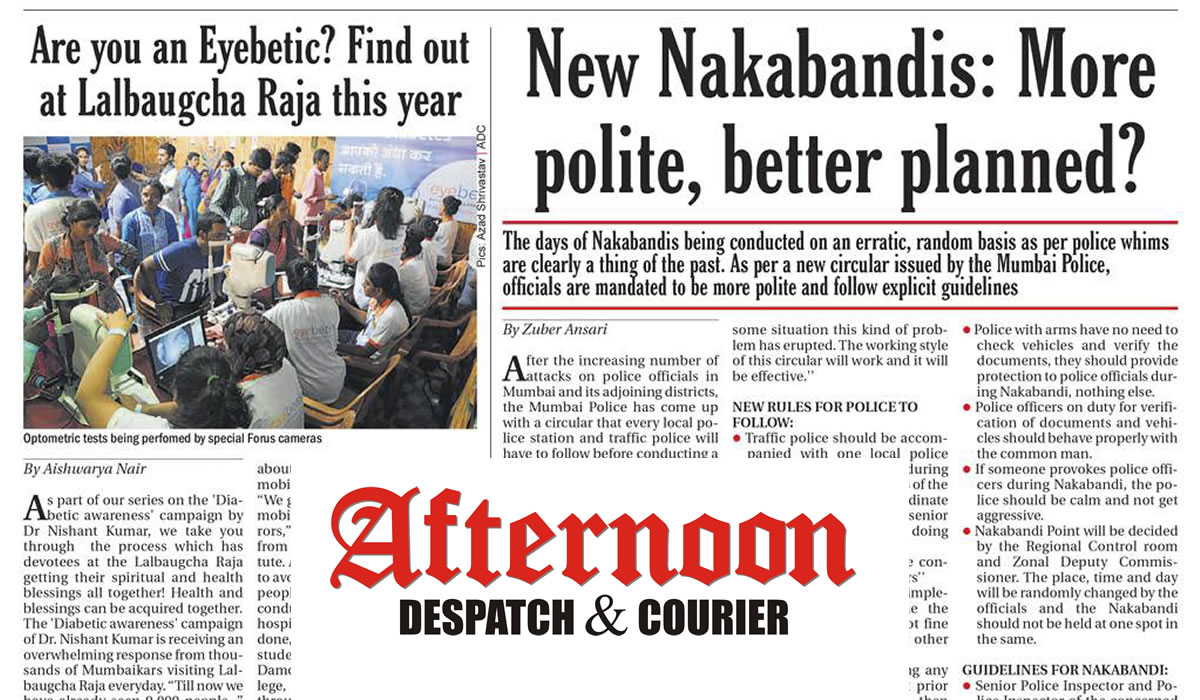 As part of our series on the ‘Diabetic awareness’ campaign by Dr Nishant Kumar, we take you through the process which has devotees at the Lalbaugcha Raja getting their spiritual and health blessings all together! Health and blessings can be acquired together. The ‘Diabetic awareness’ campaign of Dr. Nishant Kumar is receiving an overwhelming response from thousands of Mumbaikars visiting Lalbaugcha Raja everyday. “Till now we have already seen 9,000 people” said Kumar. 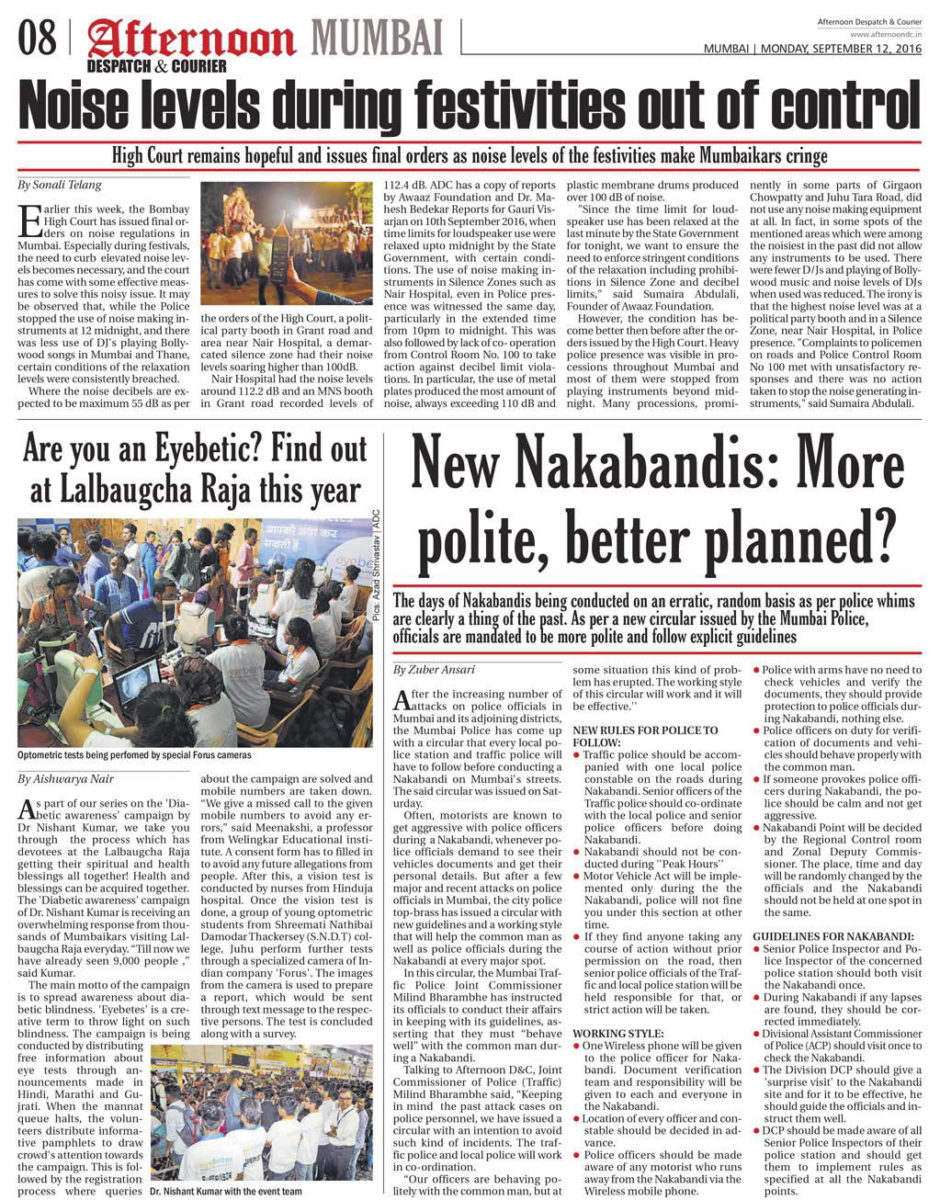 The main motto of the campaign is to spread awareness about diabetic blindness. ‘Eyebetes’ is a creative term to throw light on such blindness. The campaign is being conducted by distributing free information about eye tests through announcements made in Hindi, Marathi and Gujrati. When the mannat queue halts, the volunteers distribute informative pamphlets to draw crowd’s attention towards the campaign. This is followed by the registration process where queries about the campaign are solved and mobile numbers are taken down. “We give a missed call to the given mobile numbers to avoid any errors,” said Meenakshi, a professor from Welingkar Educational institute. A consent form has to filled in to avoid any future allegations from people. After this, a vision test is conducted by nurses from Hinduja hospital. Once the vision test is done, a group of young optometric students from Shreemati Nathibai Damodar Thackersey (S.N.D.T) college, Juhu perform further tests through a specialized camera of Indian company ‘Forus’. The images from the camera is used to prepare a report, which would be sent through text message to the respective persons. The test is concluded along with a survey.