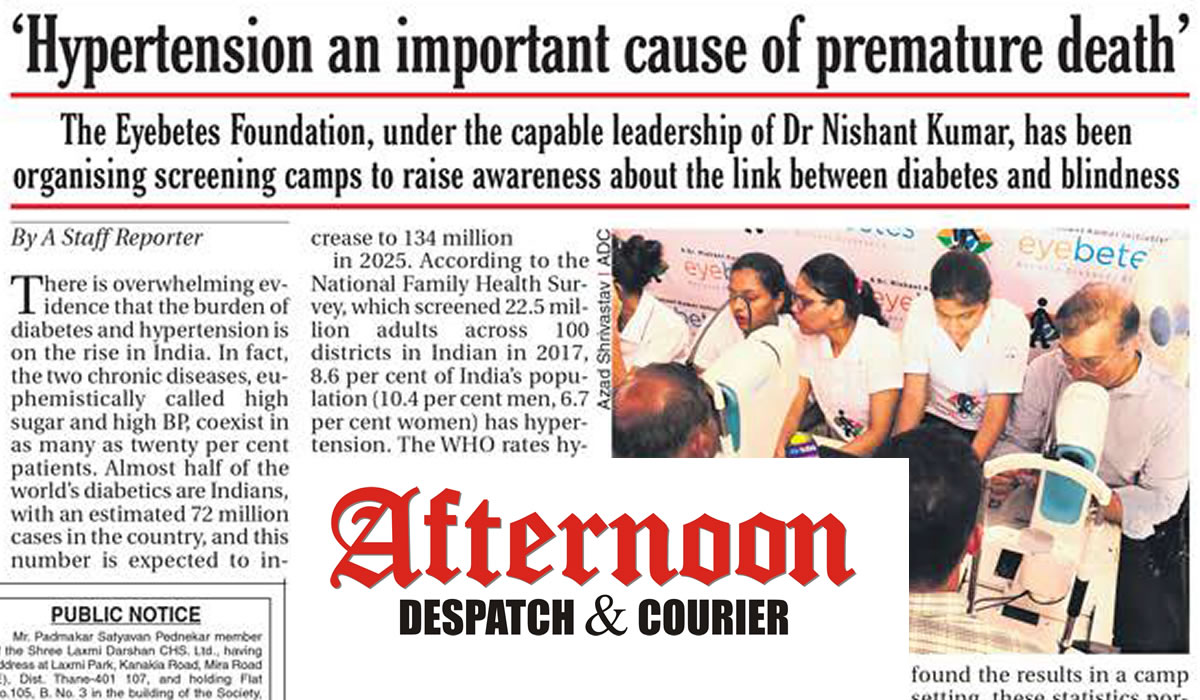 The Eyebetes Foundation, under the capable leadership of Dr Nishant Kumar, has been organising screening camps to raise awareness about the link between diabetes and blindness

There is overwhelming evidence that the burden of diabetes and hypertension is on the rise in India. In fact, the two chronic diseases, euphemistically called high sugar and high BP, coexist in as many as twenty per cent patients. Almost half of the world’s diabetics are Indians, with an estimated 72 million cases in the country, and this number is expected to increase to 134 million. 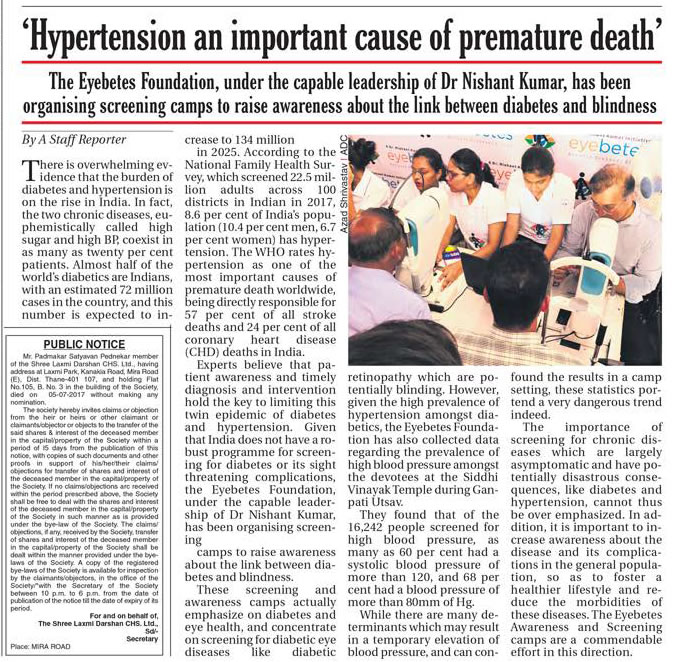 in 2025. According to the National Family Health Survey, which screened 22.5 million adults across 100 districts in Indian in 2017, 8.6 per cent of India’s population (10.4 per cent men, 6.7 per cent women) has hypertension. The WHO rates hypertension as one of the most important causes of premature death worldwide, being directly responsible for 57 per cent of all stroke deaths and 24 per cent of all coronary heart disease (CHD) deaths in India.

Experts believe that patient awareness and timely diagnosis and intervention hold the key to limiting this twin epidemic of diabetes and hypertension. Given that India does not have a robust programme for screening for diabetes or its sight threatening complications, the Eyebetes Foundation, under the capable leadership of Dr Nishant Kumar, has been organising screening camps to raise awareness about the link between diabetes and blindness.

These screening and awareness camps actually emphasize on diabetes and eye health, and concentrate on screening for diabetic eye diseases like diabetic retinopathy which are potentially blinding. However, given the high prevalence of hypertension amongst diabetics, the Eyebetes Foundation has also collected data regarding the prevalence of high blood pressure amongst the devotees at the Siddhi Vinayak Temple during Ganpati Utsav.

While there are many determinants which may result in a temporary elevation of blood pressure, and can confound the results in a camp setting, these statistics portend a very dangerous trend indeed.

The importance of screening for chronic diseases which are largely asymptomatic and have potentially disastrous consequences, like diabetes and hypertension, cannot thus be over emphasized. In addition, it is important to increase awareness about the disease and its complications in the general population, so as to foster a healthier lifestyle and reduce the morbidities of these diseases. The Eyebetes Awareness and Screening camps are a commendable effort in this direction.